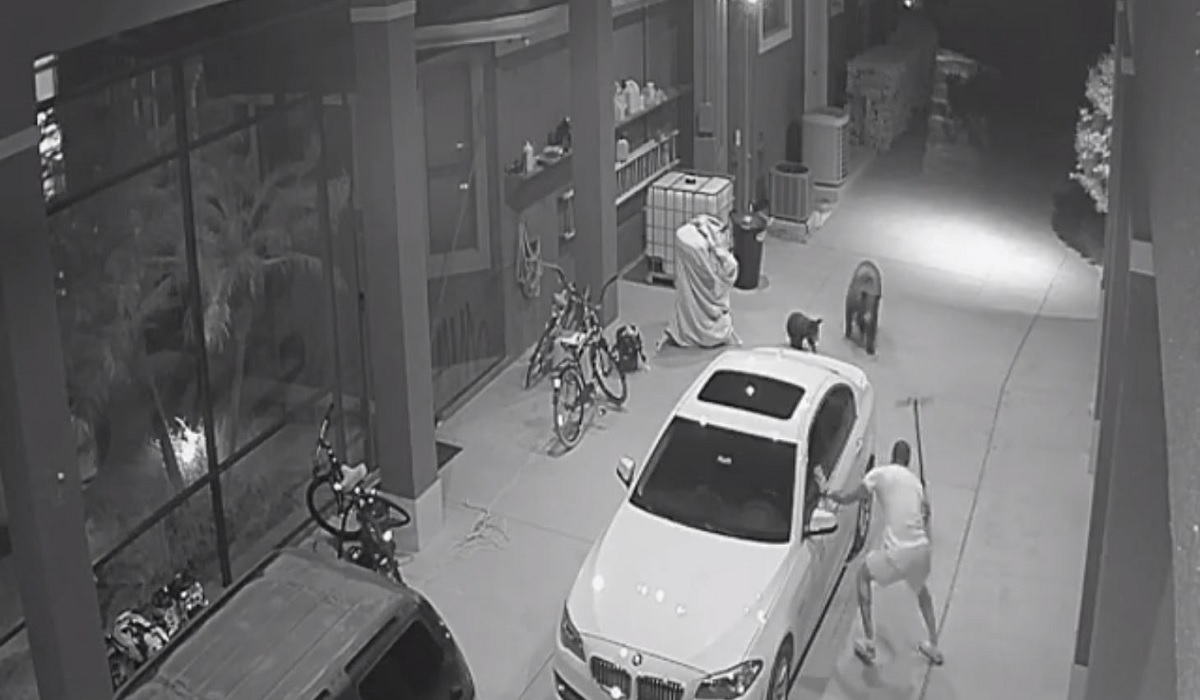 Anybody who has watched NFL Safety Ha-Ha Clinton-Dix throughout his football career knows he’s a force on the field, but a recent video he posted on Instagram shows he’s not entirely fearless.

The security footage shows a black bear and her cub wandering down an alley way, when Clinton-Dix rolls into the frame riding a scooter and heading right towards the bears. At first, his vision is blocked by a parked vehicle, but when the defensive back lays eyes on the bears, he turns and bolts in the opposite direction. Not necessarily the wisest decision when you encounter bears, but when you’re a safety in the NFL and your responsibility is guarding guys like DeAndre Hopkins or Tyreek Hill, you better have some wheels.

Plus, when you watch the video you can see the bear was startled by the scooter he flung at them. Not a bad evasive maneuver!

The real kicker of this story, however, is Ha-Ha actually played for the Chicago Bears last season, and just inked a new one-year, $4 million contract with the Dallas Cowboys. How’s that for irony?

He shared the whimsical video on his Instagram page: Taking my Wife and Dog to The Bushcraft Camp – Merch Release