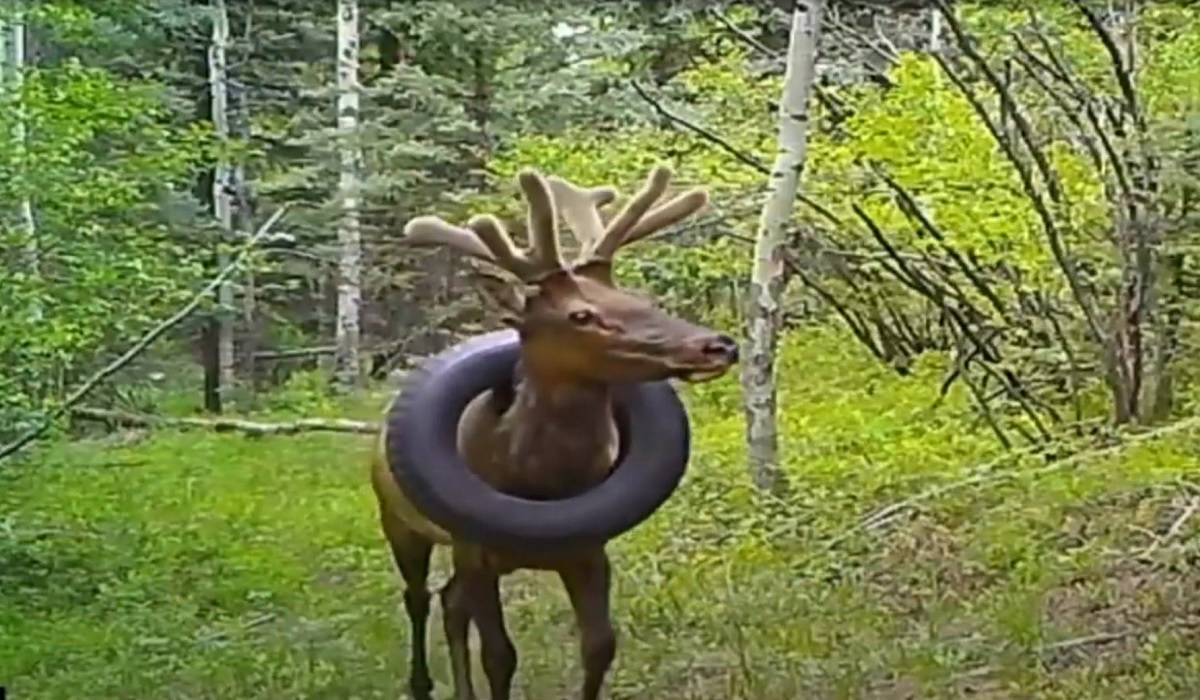 An elk in Colorado was caught on a trail camera earlier this month trotting through the forest with what looks like a tire hanging from its neck. Colorado Parks and Wildlife have since issued a reminder to folks to be more careful with what they leave outside.

The elk – which is a bull in velvet – was spotted south of Denver near Conifer. CPW is asking anyone in the surrounding areas who happen to catch a glimpse of the animal to give them a call right away. They urged people NOT to try and help the elk on their own, as it could result in serious injury.

This somewhat humorous story reminds me of a post I saw recently on Steven Rinella’s Instagram page, which shines much needed light on an extremely serious – and troubling – issue happening on public lands across the country.

I’ve stumbled across some pretty heinous scenes while hunting on public lands before, but nothing like the disaster Rinella walked up on here:

Hopefully his video makes you as angry as it makes me. We can, no scratch that, we MUST do better people! This kind of stuff is disgusting, disgraceful and hurts everyone involved in public land recreation.

As the old saying goes; “If you pack it in, pack it with you on your way out.”

The Kentucky Chapter of Backcountry Hunter & Anglers responded in the comments of Rinella’s post saying, “Thank you for using your platform to bring attention to the problem of people not respecting our public lands and waters.” “We’re hoping to do some public land cleanup days soon. Just waiting for gatherings to be approved. Be sure to follow us and we will keep you posted.”

With that said, here is some information on the next Public Lands Work Day at Peabody Wildlife Management Area:

If you’re in the area, this is a fantastic way to show your support for your public lands, waters and wildlife.

More details will follow, so make sure you stay tuned on kentuckybha. A Blizzard in the Forest – Hot Tea in the Woods on a Cold...

Off Grid Scratch Biscuits And Gravy In A Billy Pot Oven Over Firebox Stoves!

Wild woodland camping 6/12 half way there